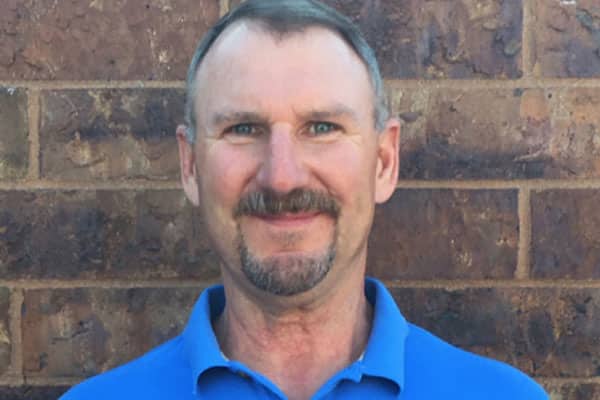 Rod Lanka graduated from the University of Nebraska at Kearney in 1982 with a Bachelor of Science in Business Administration. Rod’s career started in construction in 1983 at Ogallala Ready Mix. He was tasked with bidding small projects, driving various construction trucks and operating equipment.

Rod advanced over the next 17 years to become general manager of three concrete plants, three aggregate pits, and a construction crew. In 2000, Ogallala Ready Mix was acquired by Simon, and Rod was appointed Area Manager for western Nebraska. For seven years, he managed ready mix operations, aggregate pits and the small construction crew.

In 2007, as Area Manager, Rod’s duties grew to include managing manufacturing for Wyoming. In 2011, Rod was promoted to Regional Manager for western Nebraska and northeastern Colorado, the position he still holds. In Rod’s words, “Simon has a lot to offer young job seekers in general contracting, with additional opportunities in manufacturing of ready mix concrete, asphalt, ledge rock quarries, and sand and gravel pits. The best advice I could give young managers and people advancing in the construction industry is to surround yourself with the best management team available. Your management team is a direct reflection of you and your area of responsibility.”

Rod adds, “Competition is the force that has driven me my whole life. I like to keep score… and win!” Simon has certainly prospered by having Rod Lanka running the East Region. His attitude, drive, and leadership have created a very successful—and often the most profitable—region in Simon.

Click here to enroll in our electronic payment program.